Our guided Quail or Chukar Hunts are conducted in areas of the ranch that are specifically managed for quail and upland bird habitat. The hunts will include both wild and planted quail. We conduct day hunts with or without a single night stay at our luxury lodge, or multiple day/night hunts. These hunts can also be combined with any of our large game hunts. All hunts include food and lodging, a guide, planted birds, and bird processing. See our Wing Shooting Packages for rates. 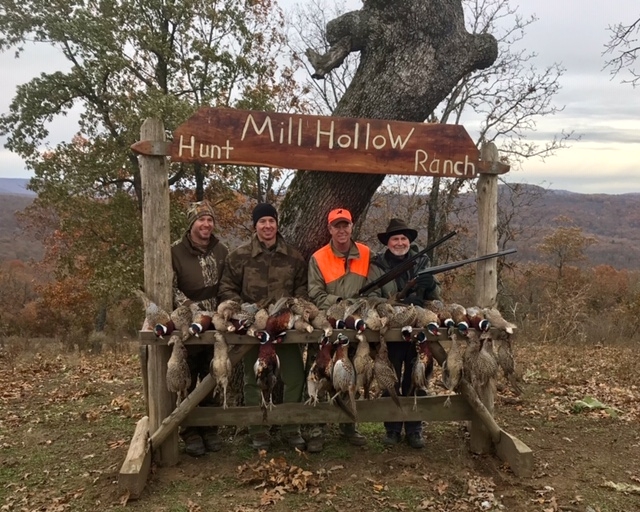 Our pheasant hunts can be conducted as an action packed European Hunt atop Juke's Mountain, or as a field hunt over pointing dog(s). The European Hunts are for groups of four or more shooters and are assured to give you lots of fast shooting action.

The Hunt Mill Hollow Staff also conducts a field hunt with pointing or flushing dog(s) for any combination of Quail, Chukar Partridge, and Pheasant. All hunts include food and lodging, a guide, planted birds, and bird processing. See our Wing Shooting Packages for rates.